Welcome to the home of the world-famous Thrombolite Walking Trail.

Come explore these rare 650 million-year-old fossil structures in our picturesque community near the top of Newfoundland’s Great Northern Peninsula. Flowers Cove is one of only two places in the world where you can experience these gigantic phenomena.

After your Thrombolite adventure, head back to Marjorie’s Bridge for some photos or drop by the “Skin Boot” church and then take a trip down the White Rocks trail. Steeped in history, Flowers Cove was originally called French Island Harbour because of the many French fishing ships in the early 1800s in search of the excellent cod fishing grounds that brought many of the first settlers to our community. By 1850 the French population dwindled, replaced by Newfoundland fisherman from Bonavista, Trinity and Conception bays. 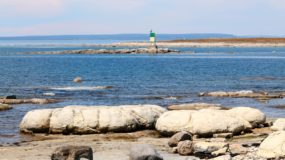 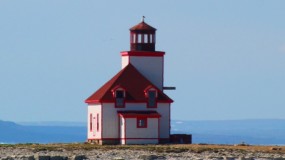 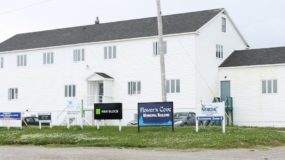 It is our mission to achieve social, cultural and economic community development for all residents of Flowers Cove.   Current Council: Town Staff :Bruce Way, … END_OF_DOCUMENT_TOKEN_TO_BE_REPLACED 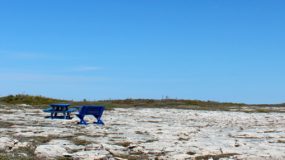 Use this form to ask us any questions you may have. We always love to get feedback from residents and visitors!Thanks for visiting our website! … END_OF_DOCUMENT_TOKEN_TO_BE_REPLACED